It’s the time of year so many people dread. Just when the last of the Halloween candy is either consumed or discarded; BAM! Thanksgiving. And the sugar binge begins anew.

The holiday season is a three-month junk food marathon, but Thanksgiving is the foremost culprit. Why? The entire holiday is based around a meal! Sure, we drive (or fly) for hours to visit family and friends, but what do we do when we get there? Eat. We eat like it’s our job.

Before you start dreaming about the pumpkin pie and stuffing, consider this: On average, Americans tend to gain weight over the holidays every year, and it often accumulates over time.

Make it at least a gallon a day. It sounds like a lot if you’re not used to drinking water, but the benefits of keeping yourself hydrated are something you can really be thankful for. For a food-based holiday like Thanksgiving, drinking water is key, because it makes you feel full. If you feel more full, you’re less likely to have that second helping of stuffing, or that third piece of pie. In addition to that, every time you drink a glass of water, you didn’t drink a glass of soda, or beer, or any other beverage that hides sugar and empty calories.

I know, easier said than done, right? Still, the holidays are stressful enough without denying your body the time it needs to recover and rejuvenate itself. Sleep is the most important thing you can do for your health, and so before the weekend with the in-laws, make sure you’re getting a minimum of seven hours of sleep a night. Keep in mind, that most people need more. If you don’t sleep enough, your body is going to think it’s starving, and it’s going to retain water, and store as much fat as it can. Not only that, but your body is going to start craving sugar to help keep you awake. Add on three days of binging on sweets and carbs, and that ten pounds could pile on pretty quick.

I know the traditionalists out there just cringed, but really, what’s more important, your health or yams with marshmallow? From introducing low-carb substitutes, to simply making less of certain dishes, there are plenty of menu-fixes which can help keep you trim this November.

Too many people throw down completely unhealthy food because it’s tradition. Cranberry sauce? You might as well serve Jell-O, for the amount of sugar that’s in a typical can of that stuff. Wherever you can, try to eliminate as many carbs, and as much sugar, as you can from the menu. Maybe your family will enjoy mixed berries and homemade whipped cream just as much as apple pie.

Now, I’m not saying cut out all of the family favorites, but recipes can be tweaked, like using stevia instead of sugar in the apple pie, or fresh sweet potatoes instead of canned yams. Try topping those yams with pecans instead of marshmallow. Finally, if there’s something your family absolutely HAS to have, like stuffing, make half as much. Nobody needs to eat 8 ounces of bread on top of a full meal folks; nobody.

4. Cauliflower Is Your Friend

Speaking of tweaking recipes, cauliflower’s so good that it gets its own point. You all know broccoli’s pale cousin. Well, there are so many empty carbs in the Thanksgiving meal that you can replace with this one vegetable, it’s amazing.

· Replace breadcrumbs. Grate the cauliflower with a cheese grater (or buy it pre-riced, many supermarkets now sell it this way) and bake it on a cookie sheet.

· Pureé and use it to thicken gravy instead of cornstarch or flour.

· Don’t mash potatoes. Boil cauliflower and mash that instead. Throw in some garlic and butter, or sour cream and chives, and it’ll taste so good, the substitution will go unnoticed

It’s only a salad plate if there’s salad on it. Seriously, serve your meal on salad plates. It’s ingrained in us to go back for seconds on Thanksgiving, so make the portions smaller. Dinner plates are enormous, and if people fill those up knowing that they’re going back for more, there’s no way their bodies are going to be able to process all of that.

A lot of people do this already, and it can really work to your advantage. If you’re the chef this November 23rd, focus on the turkey, and assign your guests a side dish. It’s too easy to graze when you’re preparing the whole show, and regardless of where you eat what, the calories always count. Save yourself the hassle of picking while you cook, and outsource the fixings.

In addition, there’s no law against doubling down on protein. Instead of stuffing and mashed potatoes, maybe you offer turkey and ham?

While you’re at it, disposable Tupperware is cheap. Send all your guests home with leftovers, so you don’t have to eat it every day. You’re much less likely to eat stuffing if it’s in someone else’s house.

So, maybe you’re the guest and the food is taken care of. Bring what YOU need to stay on track! If you know folks are going to be drinking wine, or cocktails, bring along some sparkling water for yourself so you can feel fancy too. Or, if you’re worried about the pre-meal spread, bring something you know you can eat that isn’t crammed with sugar and carbs. Crudités (sliced veggies and dip) is something everyone can eat, and it’s a pre-meal snack that won’t dump sugar into your bloodstream.

There’s no rule saying you have to eat all day long. Arrive fashionably late. Don’t show up until the main event. And remember there’s nothing like a walk after a big meal to clear your head and get you away from the dessert table. You can play with the kids, take the dog for a walk, socialize with friends, or anything; just don’t put yourself in the same room as the food.

Remember, Thanksgiving is the beginning of a three-month long chow-fest. The habits you set and the tricks you use can use this November 23rd can set you up for success in the coming months. Drink your water, get as much sleep as you can, and avoid the sugar and carbs. Thanksgiving is supposed to be about being with the people you love; don’t make it about food.

Cristy “Code Red” Nickel is an author, speaker, and celebrity nutritionist. Since 1994, she has helped thousands lose weight by eating real food. She is the author of The Code Red Revolution, which details her 7 simple rules for losing all the weight you want without pills, shakes, diet foods, or exercise.

Article Name
Seven Strategies To Not Overindulge During Holidays
Description
Keep yourself trim and your eating habits under control with the advice of author, speaker, and celebrity nutritionist Cristy “Code Red” Nickel. Her tips will help you control your cravings this Thanksgiving.
Author
Cristy “Code Red” Nickel
Publisher Name
The Code Red Revolution
Publisher Logo 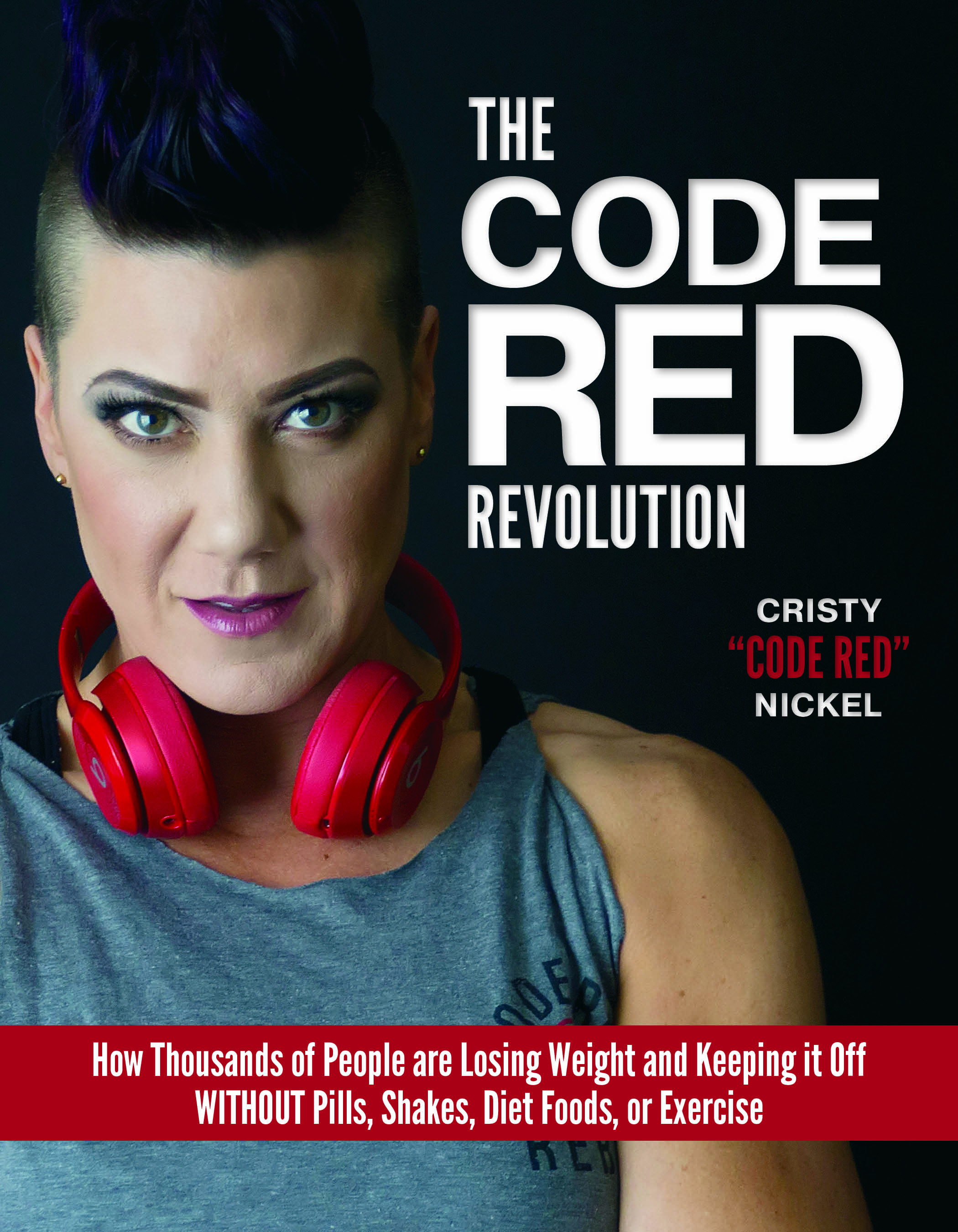 Leave a Reply or Cancel reply

This site uses Akismet to reduce spam. Learn how your comment data is processed.